Is Rescinding Texas Waiver a Cynical Ploy to Expand Medicaid? 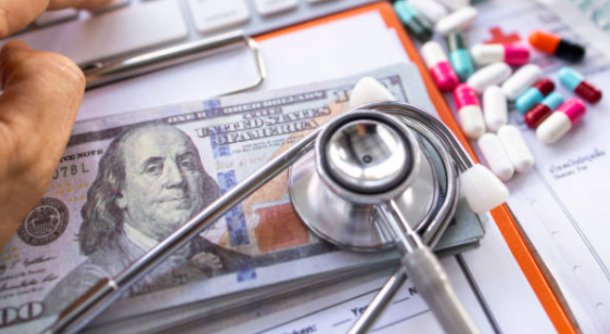 Texas officials are scrambling to figure out how they are going to cover healthcare costs for low-income families after the Centers for Medicare and Medicaid Services rescinded the state's 1115 waiver extension. Administration officials say rescinding the waiver was the right thing to do. Texas officials disagree. They claim the move is a cynical ploy to force Medicaid expansion in the state.

The very existence of the waiver is the result of passage of the Affordable Care Act (ACA) back in 2010. States unwilling to expand Medicare under the ACA were granted waivers allowing them to receive federal funds to provide healthcare services to those without insurance. The waiver extension would have continued funding through 2030.

Some twelve states declined to expand Medicaid with passage of the ACA. Texas and Florida are two of them. Waivers were provided to those states with the understanding that they would be able to work out some compromise on Medicaid expansion. Any such plans were dashed when the Supreme Court ruled against the ACA's Medicaid provision.

Under the waiver system, states receiving federal funds use them to reimburse hospitals and other healthcare providers who care for uninsured patients. In essence, the government is covering patients without insuring them.

It would appear as though the Biden administration wants this practice stopped. It would rather see Texas, Florida, and the other holdout states expand Medicaid coverage to bring it in line with national norms. Continuing to fund the waiver program is an incentive for the states to resist Medicaid expansion.

Loss of the 1115 waiver amounts to losses of billions of dollars each year for Texas. Unless the administration suddenly reverses course, Texas will have to either stop providing healthcare reimbursements or find another way to fund them. Either way, someone is going to come out of this being very unhappy.

Of more concern is whether or not other states will find themselves unable to get waiver extensions moving forward. If Washington is willing to pull healthcare funding from Texas, what is to stop them from doing the same thing to Florida?

From a purely administrative standpoint, it would seem that revoking Texas' waiver extension is a move intended to force the Lone Star State to expand Medicaid. And if that truly is the case, it would signal Washington's desire to get millions of new patients onto Medicaid rolls.

Expanding Medicaid in the twelve holdout states would inevitably mean higher taxes in those states. Reimbursement rates for healthcare providers in the states would also change. In a worst-case scenario, some carriers could pull out of the states due to expanded Medicaid reducing their customer base.

Coupled with the potential expansion of Medicare via reduced eligibility requirements, it is possible that forcing Medicaid expansion is the first step in moving the U.S. to a single-payer system. Any such system would be many years away, if it were implemented at all. But the possibility exists, nonetheless.

Meanwhile, Texas officials now have to figure out what their next step is. It doesn't seem likely they will be able to convince the Biden administration to reinstate their 1115. So now they either agree to Medicaid expansion or lose out on the billions of dollars Washington has been sending for a decade.